The world is a fascinating place — but it can sometimes be a little scary, too. 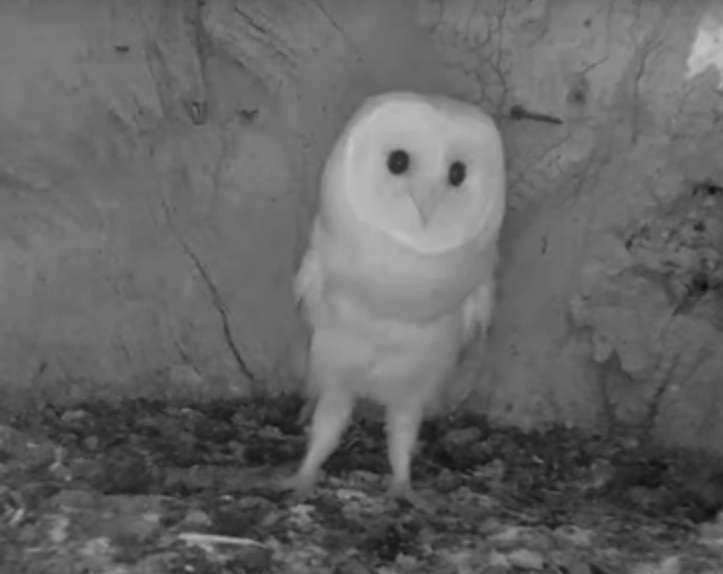 UK-based artist Robert E. Fuller had been monitoring the owlet and her family after they moved into a nesting box where he’d hidden a camera. From there, Fuller got a front-row seat for each of the baby owl’s “firsts” — one of which the little bird clearly found quite frightening.

During a summer storm, while all alone at the nest, the little owl heard thunder for the first time.

Here’s that moment on video:

Don’t you just want to hug her?

“It was surprising to see how scared the chick was,” Fuller told The Dodo. “It would be especially loud for the chick given that the hearing of the barn owl is so much more sensitive than ours.”

Scary as it may be at first, thunder is something that nearly every animal has had to experience — and learn to overcome. Thankfully, this little owl was no exception. She persevered through that spooky night, and has since struck out on her own to face the big, wide world, and all that comes with it.

“The chick has now fledged and is doing very well,” Fuller said.

36 Problems Of A Sloth Hilariously Illustrated By Japanese Artist Keigo